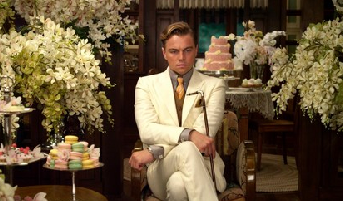 The Classic, Great Gatsby. Leonard DiCaprio is smashing with his!

Walking Sticks – Some of the most known people had them. Oscar Wilde ‘wore” one; so did Marquis de Lafayeete and George Washington; George Bernard Shaw had several; Prince Albert was never without one; and Queen Victoria had an impressive collection. We’re talking about walking sticks, that fashion essential of royals, Edwardians and Victorians, symbols of authority in the 17th century, and today a very hot collectible! 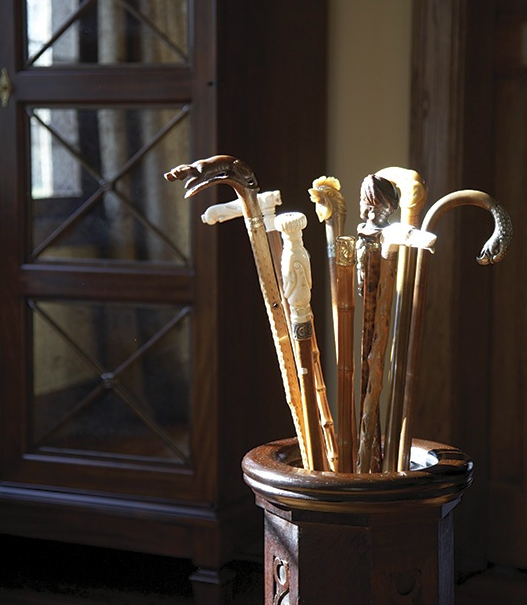 Group them decoratively in a lovely container.

Ancient man’s first cane was a tree branch. Often used to stabilize himself while walking and climbing and sometimes to defend himself. Since then, walking sticks have been used for both decoration and practicality continually throughout history. Through the years, canes represented many different symbols of power, faith and magic until their evolution into a fashion accessory in the 16th century. During the 18th and 19th centuries, the style of canes was shaped by the changing social and economic conditions.

Display your collection proudly in your Entry Way for a fun decorative touch.

The word “cane” comes from ancient times when the shafts of most canes were constructed of bamboo and other rattans of the cane family. Cane became the mostly widely used material to make walking sticks, evolving later into the generic name for the product. It was during the 16th century that the walking stick was widely accepted as an accessory of elegance and social prominence among the aristocracy. During the 20th century the cane lost its popularity among the well-dressed. They came to be used simply by those whose age and health required them to or by hikers and climbers. 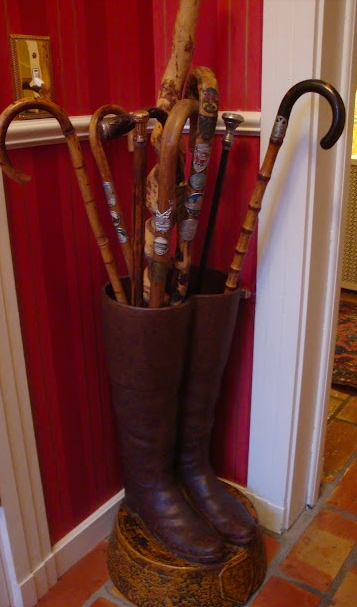 Canes can often be beautifully displayed. Who said Umbrella stands were just for Umbrellas?

The walking stick is enjoying a come back today amongst collectors who admire their unique design and history. The modern collector will find many different types of canes to choose from. Canes can fall into four different categories today: ethnic, folk art, decorative, and gadget, or system, sticks:

Ethnic sticks are canes that reflect (through their design or ornamentation) the culture of a group, race or religion.

Folk art sticks came out of a want for self-expression. These canes were made from the materials in which one could easily obtain in an artist’s natural environment. For example, woodworkers decorated their wooden sticks with hand carvings. During the age of whaling in the 19th century, scrimshaw canes were made by American sailors who spent long hours at sea. They often constructed sticks made of baleen, whalebone vertebrae, and ivory from the teeth of marine mammals. If a glass blower had left-over raw materials at the end of his day, he would often try to make a cane made entirely of glass. 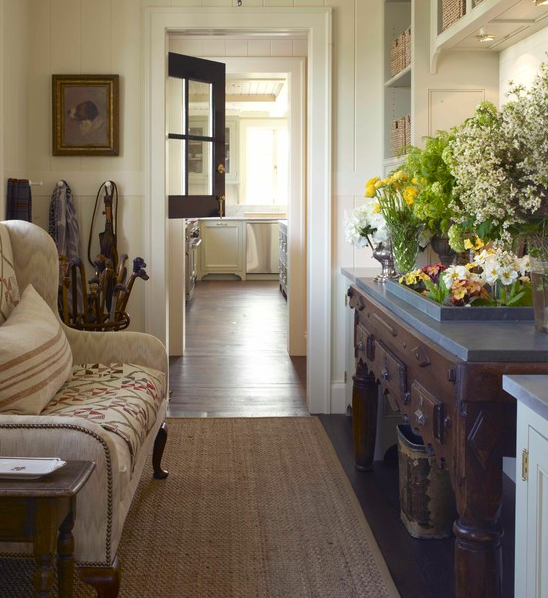 Whether you have one or many, incorporating them into your decor is a great way to show off your collection.

Today you can start a collection easily and relatively inexpensively! You can get started by visiting, http://www.greysonplace.com, and selecting from their hand picked collection of impressively made walking sticks! Although these are not antiques, they make an impressive addition to your decor or outfit and heck, why not look like a collector? Thinking of becoming a collector, well…Liela Nelson who runs, The World of the Walking Stick in Englewood Cliffs, New Jersey has been a respected dealer for six years and scours the world for beautiful and arcane canes. She does sell them at prices starting at $200 to over $17,000, for, say a Faberge-headed cane. And that’s peanuts compared to the cane that P.T. Barnum once carried that recently was sold at auction for over $125,000! 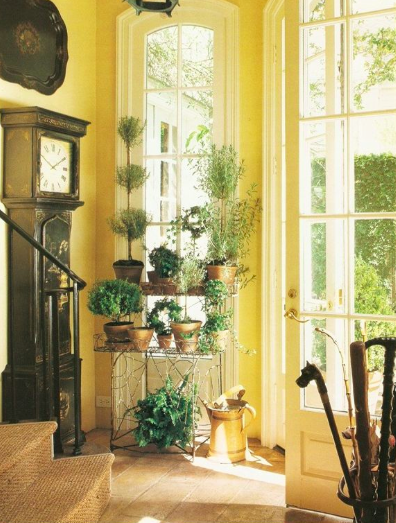 Sunny and bright Foyer with the addition of beautiful walking sticks!

Not looking to be a collector…why not just look like one? As the pictures I have shown you reflect, they can be a beautiful addition to your home decor. Still not convinced Walking Sticks are for you? Try them in fashion. I think they are chic and timeless. 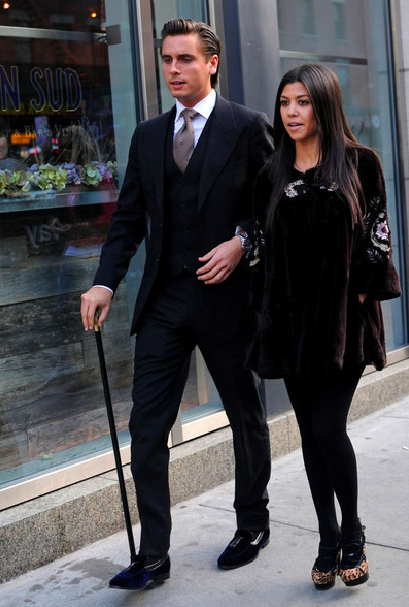 The Young and Ever Popular Kardashians, walking in Style.

What do you think? Is this something you would add to your decor or wardrobe? I’d love your thoughts. Thanks for reading 🙂

"An artist is not paid for his labor, but for his vision."
- James Whistler

We always want to give credit where credit is due. If you have an issue with any of the images used on our blog, please feel free to contact us and we will correct any error on our page.
Loading Comments...
%d bloggers like this: